Getting an Identity Number

There are different requirements for EU nationals and non-EU citizens moving to Spain. If you move to Spain as an EU citizen (or a national of Iceland, Norway, Liechtenstein, or Switzerland), you only need a valid passport or national identity card. An application for an identity number for foreigners — an NIE (Número de Identificación de Extranjeros) — is also required for EU citizens moving to Spain for a period longer than three months. If you are contemplating buying or renting property, opening a bank account, and working, you will need an NIE. To apply for the NIE, you need to go either to the national police department (add link https://www.policia.es/documentacion/oficinas/oficinas_extran.html) or to the Extranjería (Department of Foreigners) in your city of residence. Once there, you must present the following documents: 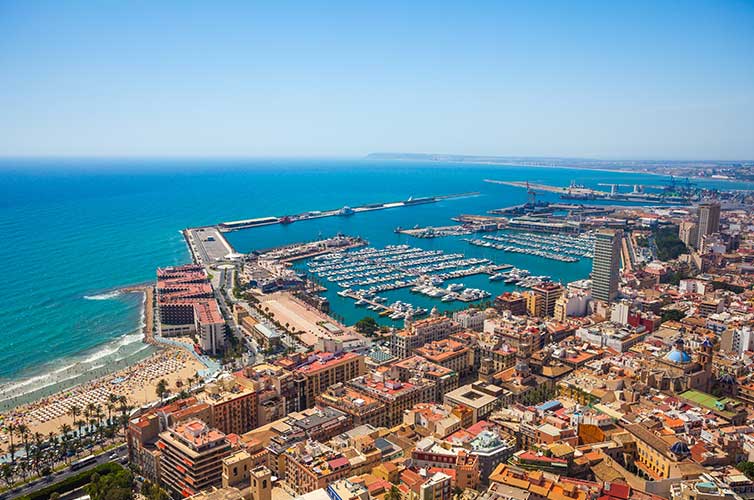 The process of obtaining an NIE, which needs to be completed by both EU nationals and non-EU citizens, should take no longer than three weeks.

Three Months in Spain without a Visa?

Non-EU citizens whose home country has entered into a special agreement with Spain may move to Spain and live there without applying for a visa for up to 90 days. It is important to note that visas are never issued within Spain, so be sure to apply for a visa in your home country before moving to Spain if you are planning on staying longer than three months.

There are several different types of visas for Spain. Here is a brief overview for you to determine which one applies to you:

Please be sure to contact the local Spanish embassy for further information and exact details on the visa you need to apply for. Visit the Spanish Ministry of Foreign Affairs for more information.

Public Transportation — One Thing You Don’t Have to Worry About

Generally speaking, Spain has a very advanced system of public transportation. Barcelona’s tram, metro, and bus networks are well organized and together they get you to all parts of the city. As for Madrid, its metro system is extensive and caters to the entire city aided by other forms of public transportation such as buses. Also, there are also plenty of taxis. Contrary to some other European countries, you usually do not need to be afraid of fraud as most taxis are metered or a fixed price is agreed upon beforehand.

As many Spanish people prefer to live outside the city and commute to work, buses and trains connecting larger cities and suburbs are widely used. The national train company RENFE connects all regions of the Spanish mainland. If you prefer being behind the wheel yourself, commuting by car is, of course, also an option. Check out our information guide to driving in Spain for more details on general regulations and importing vehicles. Several ferry companies offer passenger services from the mainland to the Canary Islands and the Baleares.
Driving in Spain
Are you curious about driving in Spain? A well-developed network of roads and, unfortunately, nerve-wracking bureaucracy awaits you. Read our guide to driving in Spain for info on rules and regulations, vehicle import, and more.

While driving in Spain’s big city centers may be a liability, it can be a necessity for those living in suburban or rural areas; shopping centers, as well as medical and entertainment facilities, can be sparse in these areas. If you live in a major city, it is probably not necessary to have a car — which is a good thing, considering that finding a parking space and maneuvering rush hour traffic, as well as the driving style in Spain, usually make it more stressful than convenient.

On the other hand, if you are a good driver — secure and cautious — you will not have a problem driving in Spain. The public transportation system in cities such as Madrid, Barcelona, and Valencia is excellent and can get you to your destination for a low price and with little bother.
Turf and Tolls — Spanish Road Infrastructure
Spain’s road network is very well developed and spanned over 683,000 kilometers of paved, well-kept roads in 2011. To get free maps and general information on Spanish roads, check out the Michelin website for Spain.

While most Spanish drivers are, in fact, very good drivers, they have a loose interpretation of sharing the road with other vehicles. It is not uncommon for you to be overtaken from both sides while driving in Spain.
Toll Roads
The roads are classified into highways, national roads (carretera nacional), and rural roads. There are two types of highways, autovías and autopistas, the latter often being toll roads (carretera de péaje), which form about 2,000 kilometers of Spanish roadways. Since tolls are relatively expensive, most Spanish drivers tend to avoid these and usually take the national roads. As a result, toll roads are comparatively uncongested and safer.

Toll roads can be paid for either in cash or by credit card. Holders of a Spanish bank account can also obtain a small onboard unit called the Via-T , which permits electronic toll payment without stopping at toll booths. The toll is then automatically deducted from the driver’s bank account. 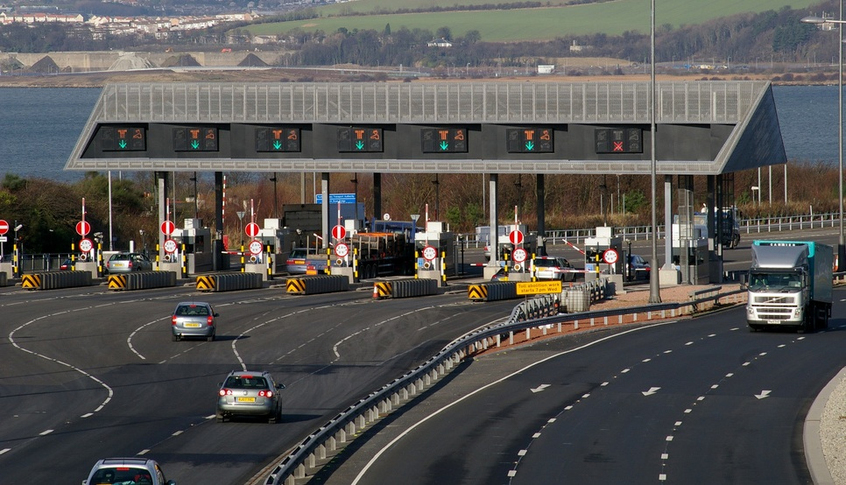 Back to Basics — Do You Need to Pass a Driver’s Test?
If you plan on staying in Spain for less than six months, you do not need to exchange your license for a Spanish one. However, you might need an international driver’s license in combination with your national driver’s license to be able to drive in Spain. This applies to you if your country is not a contracting party to the following two UN treaties:

Find out the necessary details by going through the UN Treaty Collection. Please be aware that an international driving permit should be issued in your home country and must still be valid before you hit Spanish roads.

For a stay of over six months, the following nationalities can simply exchange their national driver’s licenses for Spanish ones (2015):

If you are neither a national of any country listed above, nor of an EU or EFTA member state, you have to take a Spanish driver’s test after six months. This process will require you to enroll in a driving school (autoescuela), take driving lessons, and complete both a written and a practical driving test. On average, first timers passed their test with 20 lessons of 45 minutes each, which cost them approximately 700 EUR in 2014.

EU nationals can drive in Spain using their national driver’s license for an extended period of time. However, after two years of official residency in Spain, their license has to be renewed according to Spanish standards. After obtaining your Spanish driver’s license, you must renew it every 10 years if you are still under 65, or every five years if you are over 65 years of age.

The following documents, along with a very basic medical examination, are needed for the renewal process:

Import and Traffic Rules
Regulations for the Road
The national minimum driving age in Spain is 18; however, depending on the rental company, you must be at least 21 to rent a car. Once you have a legal license or international driving permit, you may begin the adventure of driving on Spanish roads.

Importing Your Car into Spain
EU residents planning on staying in Spain for longer than six months should have no problem importing their cars: they simply need to register it (matricular) and receive Spanish license plates. Be careful when you hit the six-month mark — if you are caught driving in Spain without Spanish plates after having received your residency permit, you will be fined.

For non-EU citizens considering importing their car to Spain, the process is a bit lengthier, but not impossible. First, the car will have to go through customs and import taxes have to be paid. If coming from overseas on a ship, the car will be left in the harbor until approved and you will have to pay the warehouse fee.

You also need to get your vehicle inspected (Inspección Técnica de Vehículos) at a station near you (more on this below). Next, register your vehicle at the Jefatura Provincial de Tráfico near you (see below for further details). Finally, it is time to pay your import taxes. These consist of the following percentages of the vehicle’s original price, which is gradually scaled down over the years:

Next Step: Registration
After your car has successfully passed the customs checkpoint (only applicable for non-EU cars), you have to register it at the nearest provincial traffic department (Jefatura Provincial de Tráfico), which will issue you a temporary license plate. This step is relevant for all persons importing a vehicle into Spain, whether they are EU citizens or not.

For the registration process, you need to bring the following documents:

Navigating Spanish bureaucracy can often be a big hassle, so it is advisable to hire an agency (gestoría) to complete the process for you. Even then, registering your car can often take at least two weeks.
Vehicle Inspection in Spain?
Once you have your temporary Spanish license plates, you will have to have a vehicle inspection test done, called an inspección técnica de vehículos (ITV). In order to get permanent plates your car must successfully pass the ITV. If you import a car from a non-EU country, you will need to submit your car to a homologación, which is a procedure in which an appointed test office fixes your car in order to comply with Spanish safety conditions.

The processes mentioned above may vary by autonomous community, and therefore it is best if you contact the customs office of the region you are planning to live in. The importation process can be relatively hairy and expensive, especially for cars coming from the United States and Canada. It is therefore sometimes more convenient to simply buy a car in Spain.

If you do still decide to import your car from the US or Canada, it is often a wise decision to go through a company which specializes in importing non-EU cars. If you decide to purchase a car in Spain from a dealer, the registration process may even be sped up as he or she will aid you in filling out forms and a homologación may not be necessary.