The image of Portugal has suffered heavy blows in the minds of expats around the world, due to the economic crisis and the bailout that followed it. There are, however, still a few growth sectors that might make working in Portugal a feasible plan after all 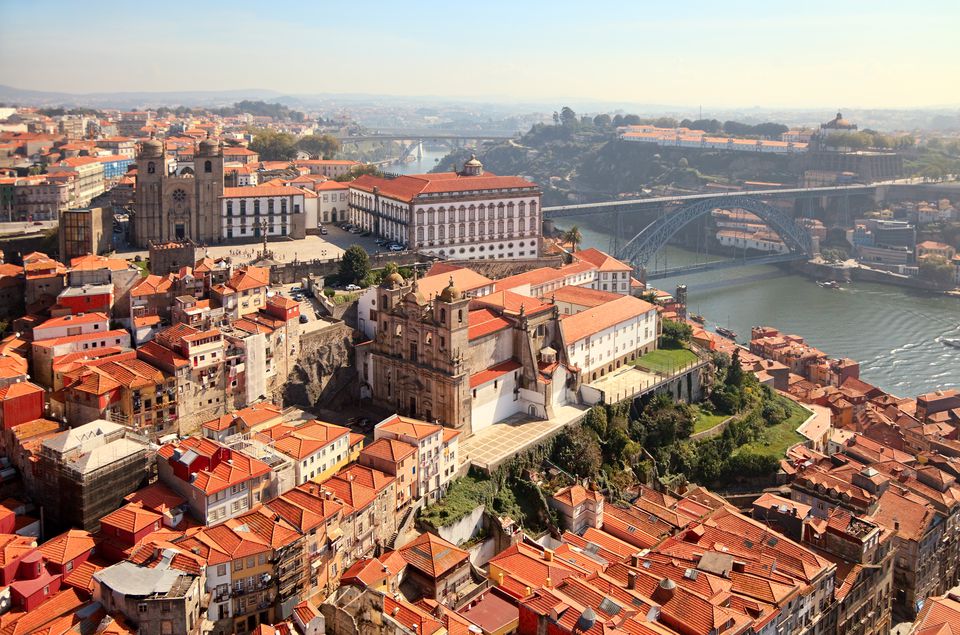 It is quite possible that, in the minds of people with little idea of what Portugal is all about these days, the country is mainly associated with its quality produce — olives, oranges, cherries, to name a few — its world-renowned wines, and with tourism. A lot has changed since the days when this was true. Today, Portugal presents you with a highly diversified job market with a strong emphasis on services: roughly 70% of the workforce produces three-quarters of the national GDP in this sector.

Although more traditional sectors such as agriculture, forestry, and fishing are still important in terms of employment — almost 9% of the workforce is employed in the primary sector — the significance of industry and services has long overshadowed them.

Investing in the Future

In recent years, the economy of the country has been massively diversified, opening up employment opportunities for locals and expats that go well beyond the “classic” options of working in Portugal’s automotive, textile, oil refining, or tourist sectors. Many companies specializing in research and modern technologies are now based in Portugal’s industry cluster areas, which can be found in many of the large cities around the country. Not only Lisbon and Porto are notable in this respect, but also cities such as Braga, Évora (which is the future hub for companies in Portugal’s up-and-coming aerospace sector, if everything works out according to plan), and, in the case of the textile industry, the northern part of the country in general.

Some of the hopeful new sectors that are gaining foot in Portugal include the ever-expanding and improving ICT sector, green energies — the companies working in Portugal’s renewable energies sector are among the world leaders in their niche — biotechnology, and the aforementioned aerospace industry.

The country has had to face a number of challenges with which it is still trying to cope. These challenges do not only make working in Portugal a rather risky, if not unattractive, option for the average expat, but have put a lot of strain both on the Portuguese economy and its society. With the oppressive burden of the financial bailout of 2011 and the austerity measures that came with it, government spending, which has long been an important pillar for working in Portugal, has decreased substantially. Even worse, the salaries of people working in Portugal’s vast public sector have been drastically reduced.

The immense importance of public consumption for many companies working in Portugal has been problematic in view of the steadily declining overall consumption in the inherently quite limited local market. This has obviously also put a strain on tax earnings, seeing how people working in Portugal became more and more reluctant to actually spend their hard-earned money. After all, the per capita GDP of Portugal is among the lowest in the EU — a fact that is not balanced out by similarly low costs of living.

Actually working in Portugal is out of sight for a very large portion of the population. The unemployment rate in 2014 was 14%. This figure is not made up of seasonal or low-skilled workers who are out of a job — a university degree is not a guarantee for employment, as many graduates have had to find out the hard way.

The Long Road to Recovery

There have, however, been attempts at countermeasures. The export of goods and services has gained in importance in the past years, with more and more companies setting up shop in Portugal, but producing for foreign markets. The country’s most important trade partners are the EU, USA, and many former colonies with close economic ties to Portugal. Apart from tourism, exports are the only true growth sector in which a career working in Portugal seems feasible at the moment. Affordable prices for traveling to this popular tourist country ensure that the hospitality sector stays profitable.

Foreign investment, although still far below the pre-crisis figures, is another important stepping stone on Portugal’s hard way to economic recuperation. However, many foreign investors have shifted their interest away from Portugal in favor of Central and Eastern European countries, as well as Asia. Although the economy is slowly growing again, it is still very unstable. It might not be a good time for expats to devise plans of working in Portugal on their own.

Getting Your Work Permit for Portugal

Want to Work? Plan Ahead

As is the case in many other nations around the world, Portuguese work permits are closely linked to entry and residence visas. This means that everyone who wishes to take up employment in Portugal has to apply for a visa type that facilitates this. Visas can only be applied for from within your country of residence, well before you actually come to work in Portugal. Expats from within the EEA enjoy freedom of movement and are thus exempt from visa and work permit regulations.

The two main categories of visas that cater to expats’ needs are the Temporary Stay Visa and the Residence Visa. Both allow the holder to work in the country, the former having the obvious limitation of being rather short-term.

Both visas are based on similar principles and have similar requirements. Not every job offer in Portugal is open to third-country nationals (i.e. countries outside the EEA and countries with which there is no agreement on the free movement of persons). The Portuguese government has set up an annual quota of job opportunities that are available to people who are not residents of an EEA country. If employers want or need to extend their job offers to include third-country nationals, for example because there were no suitable applicants to be found locally or nationally, they can apply for evaluation of the job offer at the Institute for Employment and Vocational Training (IEFP). In case everything works out as desired, the IEFP advertises the available job offers on their website. The offers are also passed on to Portuguese embassies and consular posts.

If you have found a job offer that speaks to you, simply send the employer your application. If everything goes well, you should receive either a work contract or a promise thereof, accompanied by a statement by the IEFP that the position was included in the quota and could not be filled by a candidate with preferential status. This includes Portuguese citizens, EEA citizens, and third-country nationals who are already residents of Portugal.

What Else You Should Know

The Temporary Stay Visa and the Residence Visa share a number of other requirements as well. To apply for either one, you must supply:

Please note that the temporary stay visa is issued for the duration of three months, or the period of your work contract. Portugal also has a visa for temporary intra-company transfers, for example for expats who need to carry out a short-term project in Portugal. The requirements remain very much the same as with the Temporary Stay Visa for employees. However, this type of visa is only open to executives or management level employees, as well as those with special technical knowledge.

The Residence Visa, on the other hand, is not much more than a stepping stone on the way to the actual goal: a residence permit. With the visa, you can stay in Portugal for four months, in which time you should apply for a residence permit with the Serviço de Estrangeiros e Fronteiras (SEF). The usual waiting time for the decision from the SEF is 60 days. Note that the visa itself does not yet make you a resident. For further information, please see the SEF website

How It’s Done in the Portuguese Working Environment

Taxation: It All Depends on Your Income

Income generated through taxes is obviously one of the main ways the government intends to get the national deficit under control. The standard VAT of 23% (with reduced rates for e.g. most foodstuffs (6%) and gasoline (13%) is among the highest in the EU.

An in-depth guide to Portuguese tax legislation can be found in this informational pdf courtesy of the Autoridade Tributária e Aduaneira. Furthermore, the pdf also offers an overview of the double taxation treaties — 53 in total — between Portugal and other countries.

As culturally unique as Portugal is, it is still part of the Mediterranean to a certain extent and thus shares a number of common features when it comes to business etiquette and workplace relationships. The most important is probably the emphasis on building up a personal relationship and a certain degree of trust between business partners before any actual business takes place. Take the time and get to know your counterpart. The same applies to your colleagues — greeting everyone and striking up a little chat is perfectly normal in Portugal.

Business attire in Portugal tends to be very formal, so be prepared to wear a suit when going to work. Try to stick to this rule unless you are very certain that casual clothing is acceptable at your workplace. Try to keep things tasteful, as appearances in the business world are just as important as building up relationships and trust.

Punctuality is highly valued in Portuguese businesses, although there might be times in which your counterpart shows up later for a meeting, for example. Still, you should always try to be on time, especially at the beginning of the work day. Working overtime is a very common phenomenon and might even be expected from you, so be prepared to stay in the office beyond the official business hours.