Is working in Spain a new experience for you? Contrary to the stereotypical image of Spain, where fiestas abound, it’s a country that takes pride in its industrious tradition. If you are considering working in Spain, We will support you with information on business culture, taxes, and the job search.

Working in Spain will show you that the business environment reflects the attitude of many Spanish people themselves: polite, easygoing, and, sometimes, a bit chaotic. This is not to say that working in Spain should be considered a negative experience. While Spain used to offer an attractive combination of a laidback work environment and economic success, the recession hit the country hard. Its unemployment rate soared from 8% in 2007 to its peak of almost 27% in 2013. Things have been looking up, though, with hundreds of thousands of people leaving unemployment between 2014 and 2015 resulting in an unemployment rate of just over 22% in the second quarter of 2015.

Spain remains one of the favorite vacation spots in Europe meaning expats will likely be able to find employment in the country’s tourism industry. Other sectors such as the high-tech industry will be looking for workers with specific skillsets, something which will prove to be a significant advantage in the recovering Spanish job market. The service sector accounts for a lot of the new job opportunities mentioned above. 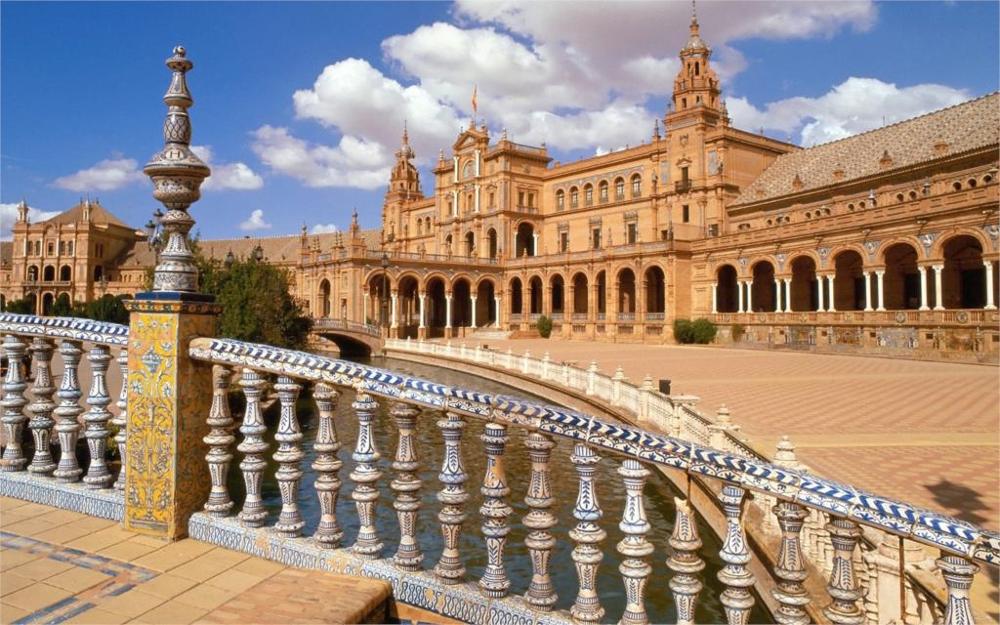 When working in Spain, be sure to take cultural differences into account. Spanish people are open and friendly. However, in a business setting, you can expect to come across different practices. The most important thing to remember when working in Spain is that Spanish business hours may be rather different from those in your home country.

An ordinary day of working in Spain usually begins around 09:00–09:30 and lasts until 20:00, with an average two-hour lunch break between 14:00 and 17:00. Depending on where you are from, this may seem a bit excessive. However, this lunch break is not only an excuse to eat and take the traditional Spanish siesta, but also an opportunity to discuss business.

Once you start working in Spain, you will see that a 40-hour workweek with up to 30 days of paid vacation is the norm. The months of July and especially August are rather slow for business, with shortened working hours. Keep this in mind when scheduling important meetings during this period.

Consider the following list of tips for working in Spain:

While Spain’s patriarchal society has gone through a number of changes in the past decades, working in Spain as a woman may require some getting used to, depending on your prior experience. Women in very high positions were a rare sight in the past. However, it is now becoming increasingly common to see them working on the board of directors in companies. An especially high percentage of successful Spanish businesswomen can be found in Madrid and Barcelona. The OECD Better Life Index indicates that 51% of women have jobs compared to 60% of Spanish men. Having said this, even though women in Spain are 9% less likely to have jobs than men, this gender gap is still significantly better than the OECD average of 15%. In the political sphere women are also doing increasingly well with 40% of parliamentary seats in Spain being held by women.

When attending business lunches, women who wish to pick up the tab for their male guests should arrange this with the restaurant staff prior to eating out. It is still customary for men to treat women in Spain.

Another fact that may be of some interest for women working in Spain is maternity leave. After giving birth, female employees will receive their full salary for four months, a minimum of six weeks of which has to be taken after the birth. It is expected, however, that employed women make childcare arrangements and return to work as quickly as possible. These benefits apply to foreign residents with a residency permit as well. Check the Ministry of Employment and Social Security for more information.
Entering the Business Scene in Spain — The Paperwork
Let’s Make It Official — The NIE

Before worrying about paperwork and taxation, you need to apply for an NIE (Número de Identificación de Estranjeros), the identification number for foreigners, regardless of whether or not you require a work visa. The application for a NIE is not very complicated. It simply requires you to bring a completed applications form (EX-15) and a copy, your passport and a copy, a passport-sized photograph, and a proof of your current address in Spain to the nearest Oficina de Extranjeros. It should take up to three weeks for your NIE to arrive.

Non-residents get taxed on any income arising in Spain. If you are a resident, you will be taxed on your worldwide income, but you may deduct any income tax paid back home. If you are a non-resident the Impuesto sobre la Renta de no Residentes (IRNR) applies to you. Residents need to look into the Impuesto sobre la Renta de las Personas Físicas (IRPF). The IRPF regulations were changed in 2015 and the easiest way to get an overview of your financial situation in this respect is by using an https://cincodias.elpais.com/herramientas/calculadora-irpf/”>online calculator.

Foreign nationals who are neither EU-citizens, nor nationals of a country with a special agreement with Spain, are required to pay taxes in Spain. Due to the fact that these tax regulations again differ based on country of origin, please see the relevant brochure of the Spanish tax office for detailed information.

The requirements differ by country of origin and type of employment. For example, if you come from the United States to work in Spain, you must contact the Internal Revenue Service in the States for more information, or, if the legalese doesn’t scare you, take a look at the Income Tax Convention with Spain.

What Kind of Exemptions Apply to You?

You may be from a country that has a double taxation avoidance agreement (DTAA) with Spain. Check the UN database to see if this applies to you. If this is the case, you must make sure which country is entitled to your taxes. Generally DTAA’s mean those present in Spain for less than 183 days in a year will not be taxed by both their home and host country.

Take the UK, for example, which has a double taxation treaty with Spain: if a British citizen is planning on working in Spain, they must pay taxes in their country of residence. If they are a resident of both Spain and the UK, according to the countries’ respective regulations, they must pay taxes where their permanent home is. If their permanent home is both in the UK and in Spain, they would pay taxes in the country where they reside more frequently.

From the example described above, you see how complicated figuring out taxation abroad might get. If you are unclear about anything, consult a tax advisor in Spain who has worked with foreign nationals from your country of origin before. We also recommend you seek the help of an attorney when considering moving to and working in Spain.

Finding That Dream Job in Spain

The entire process of starting to work in Spain is made easier if you already have an employer before migrating as they may be able to help you with the formalities of the Spanish bureaucratic system. If you are searching for work on your own, having a good grip on the Spanish language will surely help when browsing popular job websites such as the following:

In addition, you should look at the major national and regional newspapers around Spain such as El País or El Mundo. It may also be wise to see if your current company has any job listings in Spain before embarking on a solo job hunt. Please remember that, with the current economic situation, finding a job in Spain is still very challenging.

Depending on your country of origin, your academic degrees may not be recognized in Spain. In order to find out what their Spanish equivalent is and whether your respective degree meets the Spanish requirements or whether it needs to be officially accredited (homologación), check out the Spanish Ministry of Education website.